Cerumen, more commonly known as earwax, is a naturally-occurring substance in the ear canal that is made of oil, sweat, dead skin cells and dirt. Though this may sound a little yucky, earwax has several very important jobs: trapping bacteria and dirt that enter the ear, lubricating the ear canal to prevent irritation and acting as a natural insect repellent.

Earwax is essential to a healthy ear; however, it can sometimes become impacted. In rare cases, this can even lead to conductive hearing loss. 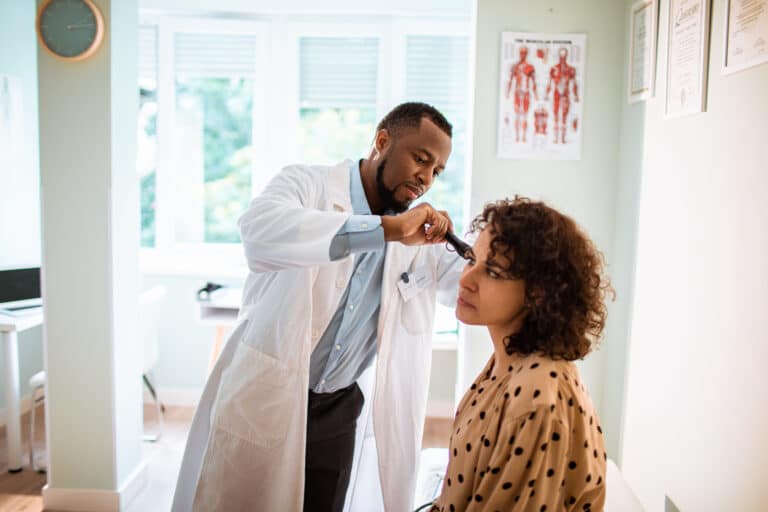 There are three types of hearing loss: conductive, sensorineural and mixed. Conductive hearing loss is caused by a physical blockage in the outer or middle ear that prevents sound from traveling through.

Not only is impacted earwax a cause of conductive hearing loss, but also congenital deformities, middle ear infections and foreign objects in the ears.

Symptoms of impacted earwax include:

According to the National Library of Medicine, “[Earwax] is more likely to accumulate and cause a hearing impairment when normal extrusion is prevented; for example, by the use of hearing aids, or by the use of cotton buds to clean the ears.”

Below we review the do’s and don’ts of removing impacted earwax.

You can purchase eardrops over the counter and apply them to the ear canals as directed on the packaging. This should soften the wax enough so you can irrigate it in the shower.

If this doesn’t work, schedule an appointment with an expert at Gulf Coast Audiology to have it professionally removed.

Never stick a foreign object, like a cotton swab, hairpin or tweezers, into the ear to remove earwax. Not only do you risk pushing earwax further into the ears, you can actually puncture the eardrum.

To learn more or to schedule an appointment with an expert, call Gulf Coast Audiology today.