Wearing hearing aids can improve your communication with loved ones, boost your mood, increase your earning power and even prevent a trip to HealthPark Medical Center, studies show. Below we review how the hearing and balance systems are connected and what the studies show about the benefits of hearing aids.

How Are the Hearing & Balance Systems Connected? 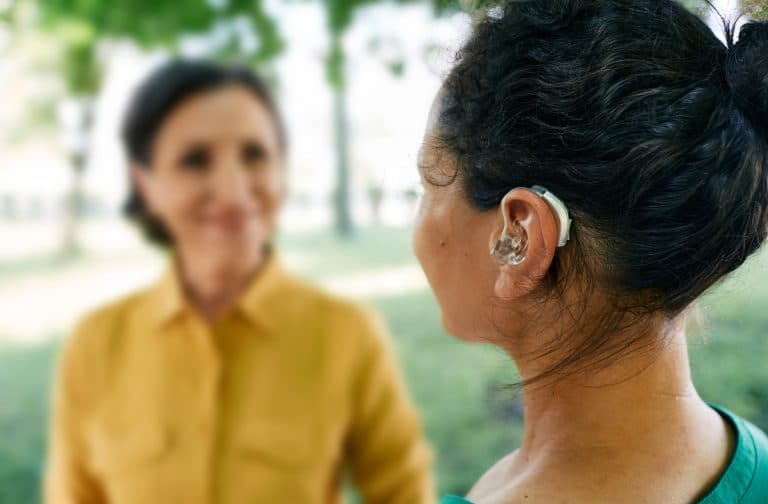 Within the cochlea, a part of the inner ear, are tiny hair cells called stereocilia. These cells are responsible for converting soundwaves that pass through the outer and middle ear into electrical impulses that travel to the brain via the auditory nerve to be interpreted as sound.

The inner ear also contains the labyrinth, which is a maze of bone and tissue that holds the semicircular canals. The semicircular canals are filled with fluid that moves as your body moves, activating tiny hair cells that send signals to your brain about your movements. Each set detects a different type of movement.

In addition to both being housed within the inner ear, the hearing and balance systems each send signals to the brain via the vestibulocochlear nerve. This means if something goes wrong in one system, the other can be affected as well.

Fortunately, this also means that treating a hearing loss can also treat a balance disorder, preventing trips to the hospital.

What the Studies Show

According to a 2018 study published in Science Daily, the researchers “found that older adults who had a hearing aid were less likely to have gone to the hospital or emergency room in the last year. The difference was about two percentage points – not a major difference but large enough to be significant.” In addition, “Those who had been hospitalized and had a hearing aid had shorter stays than those who didn’t have a hearing aid – averaging a half of a day less in the hospital.”

This is corroborated by another study published in Inquiry in 2019, which states: “We found that the use of hearing aids was associated with lower medical costs among those with severe self-reported hearing loss.”

For more information or to schedule an appointment, call Gulf Coast Audiology today.