Previous studies have shown a link between hearing loss and an increased risk of dementia. A new study from the Carle Illinois College of Medicine may be another piece of the puzzle in figuring out why that is.

Past Research on Hearing Loss and Dementia 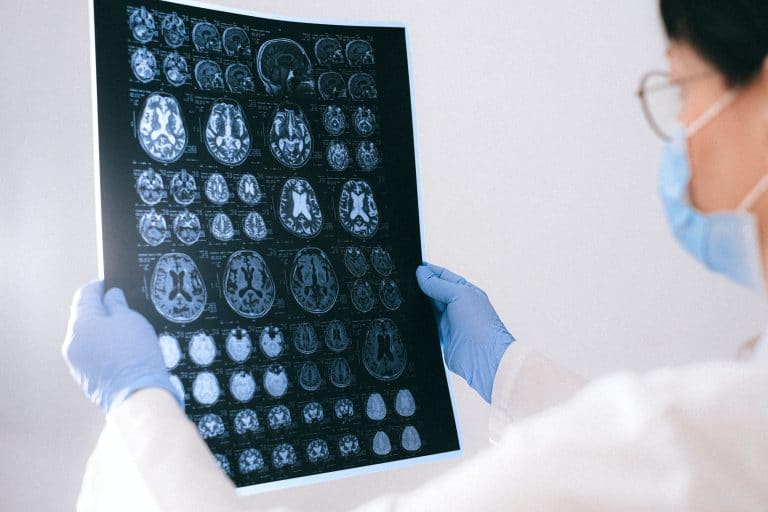 A study from John Hopkins University tracked 639 adults for nearly 12 years and found that:

The study also noted that hearing loss may play a part in a faster rate of atrophy of the brain.

Brain Changes in Patients with Alzheimer’s and Hearing Loss

The Carle Illinois College of Medicine study compared MRIs of people with Alzheimer’s Disease (AD) and hearing loss to those with AD and normal hearing.

They found higher brain shrinkage in the brainstem and cerebellum in patients with both hearing loss and AD. These areas of the brain control movement, balance and can aid in auditory processing.

Initially, researchers had expected to find changes to the temporal lobe since that is the brain’s auditory and language processing center.

“This is a surprising finding but one that relates to newer studies that link Alzheimer’s Disease with dysfunction in auditory function which requires cerebellar activation,” said Susie Kwok, medical student and collaborator on the study.

Those involved with the study are hopeful their findings can be used to discover earlier detection and prevention methods for people with dementia.

Can Hearing Aids Help Your Mind?

Early intervention with hearing aids may prevent or delay the onset of cognitive decline. They make it easier for you to process speech and sounds, which:

If you are concerned about hearing loss or others have commented on your hearing, make an appointment for a hearing test as soon as possible. Early detection and treatment with hearing aids offer the most benefit to your hearing health and your mind as well.

If you have additional questions or wish to schedule an appointment, call Gulf Coast Audiology today.