For most people, hearing is like breathing or blinking. It’s something that happens so naturally and effortlessly that it’s often taken for granted. For people with hearing loss, however, the seemingly simple act can be downright exhausting. 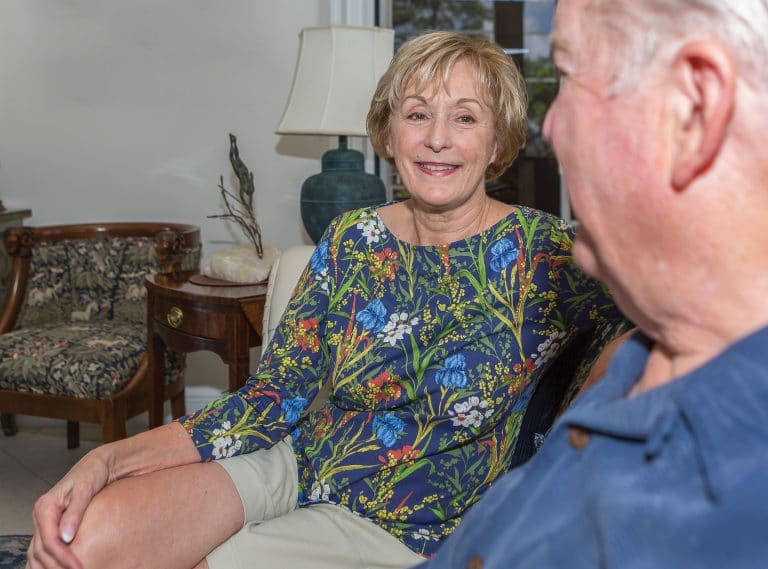 Debra Salomonson is one such person. She was born with a hereditary hearing loss, the same as her father and grandfather. By age 28 she was already wearing hearing aids, but for years, she always felt as if her hearing could still be better.

Outside of the home, where she was unfamiliar with speech patterns, Debra found it difficult to understand what people were saying. The situation worsened over time and recently became acute – and quite draining – for the 69-year-old retiree.

“If someone invites me to a cocktail party or dinner or something, I’ll be fine for about two hours, and no one would think anything is wrong,” she explains. “But when I get home and into the next morning, I’ll feel like I got hit by a truck. Sometimes I can barely even function the next day because I’m so fatigued. And it’s because all of every ounce of my being, is so engaged trying to decipher what’s being said that it leaves me exhausted.”

Debra recently shared her concern regarding this problem with an audiologist, Drianis Duran, AuD, at Gulf Coast Audiology in Fort Myers. Debra wasn’t the first person to visit Dr. Duran wondering what, if anything, could be done for the issue.

“What I told Debra is that we hear not just with our ears, but with our brain,” Dr. Duran educates. “Yes, we use our ears to hear, but we also use our eyes to pick up on visual cues, read lips and do something that we call speech reading.

“We do this naturally, but for people who have hearing loss, there are several parts of their brain – the auditory cortex, the visual cortex – that are working so hard to put all of this information together that it literally exhausts them.

For someone with hearing loss who spends the day in a noisy environment, it’s even worse.

“Those people are constantly bombarded with noise, and by the end of the day, they’re not only exhausted, the only thing they want to do is sit in silence,” Dr. Duran explains.

Debra can certainly relate to that. She and her husband used to own and operate a small but busy restaurant. At the end of each day, all Debra wanted was peace and quiet. She was that way even in retirement, but Dr. Duran has helped her immensely.

By fitting her with new hearing aids that allow her to control sounds in noisy or crowded environments and directly stream audio from a TV, computer or smartphone, Debra is feeling less exhausted.

“Debra is not only hearing better, she’s hearing effortlessly now,” Dr. Duran reports. “As a result, she’s less exhausted at the end of the day, so she’s enjoying life and engaging with others more.”

“These new hearing aids have been a game-changer for me,” she enthuses. “They’re working great, so I have Dr. Duran to thank for all she’s done for me. She’s very proactive with her patients, and I’m benefitting from that.”